We’ve all heard the phrase ‘phablets’ – phones with screens so large they’re practically small tablets. Phablets are said to be too large for users with a normal grip, or those with smaller hands in general. Folks on the taller side struggle with the complete opposite problem. In this piece we want to cover some of the better phones for big hands available now.

Industrial design has always considered ergonomics for the average-sized-person; however it’s debatable whether people with larger hands have factored into their research. The struggle of typing with long fingers can be more than frustrating, even with modern touch screen technology. As a one-time user of an early model Blackberry, I can tell you personally that the keyboards are just not a suitable option. Fortunately, the release of new and larger phones have changed the game a bit for taller people, however unintended.

Fortunately, the release of new and larger phones have changed the game a bit for taller people, however unintended.

The release of the iPhone 6 Plus opened a door of opportunities for those whose large hands and fingers feel cramped by last year’s phones and/or hi-tech gadgets. With a screen boasting a massive 5.5 inches, the Plus is a godsend. Whereas previous iPhones feel almost delicate, frustrating gadgets in their small, exacting nature, the Plus relieves the hand cramps of prior generations. The design even considers those with smaller hands, as a double tap brings down the screen for short finger reach. The iPhone 6 Plus is innovative in its ability to accommodate the best of both worlds.

Sony, too, has come out with phones that could be easily mistaken for tablets, and with the newest Xperia’s screen stretching 6.4 inches with a range of features, the Z Ultra is even larger than the new iPhone 6 Plus. Another notable and renowned collection of phablet products is the Samsung Galaxy Note range, whose most recent Note 4 contains a screen which reaches 5.7 inches, slightly larger than the more popular iPhone 6 Plus. To the small segment of consumers who refuse to buy  or just dislike Apple products: you’re in luck.

As well as an entirely new phone, many developers include settings and preferences for the sole purpose of catering to the needs of those who just cannot effectively type on such a small screen. Whether you suffer from fat fingers or bad vision, adjusting the size of the words, letters, and keys onscreen can make all the difference in reaching those letters.

Ironically, while ‘phablet’ is a term which originated and circulated as a joke, it is now a selling point as phone developers become increasingly aware of their growing market of people who requiring extra screen space, or simply prefer a physically larger user-interface. The appeal of a larger screen with more room for reading, features, and a more accessible keyboard is the reason for the increasing range of technological gadgets which cater to the ergonomic needs of those with bigger bodies and longer hands who find it difficult to use smaller products.

While bigger-bodied people still may have a difficult time finding specialty products, such as keyboards, computer mice, and music players, that they are able to use in their large hands, thankfully now the cell phone market is dominated by bigger screens and bigger phones and bigger opportunity. 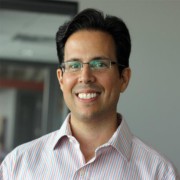 Anthony is one of the original Lanky Living founders. As a user experience designer living in Austin, TX, his interests include helping start-ups build their business, working on various creative endeavors, and spending time with his family.

Brought to you By

Lanky Living is THE source for relevant and curated content for tall people around the world. Whether you are interested in cars, clothes, technology and more, we will have you covered!

Brought to you by